What We Need to Do Now!

As the gridlock in Congress got worse, as gerrymandering made congressional district elections more partisan and predictable, I started to think a viable third party of solution-driven members would force Republicans and Democrats to work together toward the common good. Then, along came Donald Trump, a party unto himself.

His progression to his inauguration has galvanized people. His inaugural speech and his references to the power of the people has awaken us. The sister marches for equality has confirmed our strength and passion. All this now must be channeled into demands for specific actions.

As I see it there are now four power bases.

Today I think Trump and the people have the upper hand. Republicans and Democrats are confused and scared.

Business in Washington is going to change.  People who use to watch the news and complain to their friends are now going to let the President and Congress know what they need and want, not once in awhile, but daily. People are going to stop things they don't want by flooding the offices of Congress people, the President, and cabinet secretaries.

What we the people will initially focus on, I suspect, is what happens to Obamacare, Planned Parenthood, the National Endowment for the Arts, the National Endowment for the Humanities, and PBS because they have had the most visibility in the media lately. Fine. Flood those Presidential and Congressional social media accounts this coming week, and the week after that until Congress does the right thing! In some cases this may mean just not undo something.  These items may be our test cases, a chance for us to test our strength, to demonstrate the power of solidarity.

But then we must move on to other risks, such as having a cabinet secretary who does not understand that the Individuals with Disabilities Education Act (IDEA) is a federal civil rights law, that each child with a disability has the right to a free appropriate public education. Such an education is not an elective option for states. If Ms. DeVos is confirmed we need to work with her fast! We need to explain to her the role and value of not only IDEA, but also discretionary funding in personnel preparation, research, and demonstration grants that bring about innovation in American classrooms.

We need to ensure that accessible housing options are embraced by Dr. Carson, and expanded. For example, let people with disabilities pool their Section 8 vouchers, and live together in bigger, better rentals, and eliminate the policy that a voucher can only be used by one person for a one bedroom rental.

These are the thing I will be working for in the next months. I hope you will join your friends and colleagues to mount campaigns to address things that are important to you -- things you want to preserve, protect, expand, and strengthen. We cannot let the next four years be a time of undoing, unwinding, weakening, or ignoring the right to freedom, respect, equality, and opportunity. We have a lot to do and not a minute to waste. 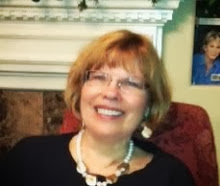